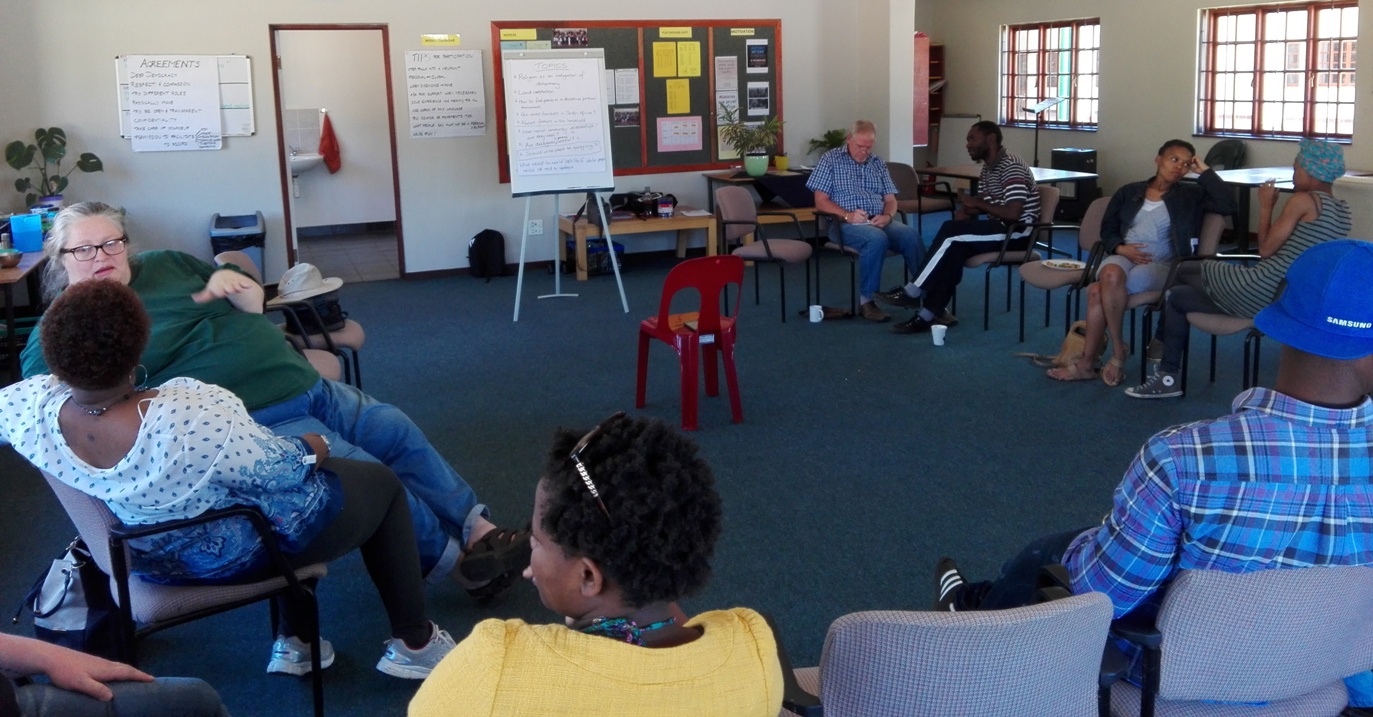 This was the topic chosen by the participants at our last Diversity Dialogue of this year.

At these dialogues, people choose to represent different voices or points of view that are relevant to the topic. The voice of white apology set the emotional tone for the dialogue by speaking early on in the process, recognising the pain experienced by the voice of black inferiority and admitting to its own complicity in and benefit from the system. Regret and repentance were expressed. This opened the door to a different level of communication and relationship between the voices of white supremacy and black inferiority, with less provocation of black pain and anger. When an older black gentleman spoke from both white supremacy and black inferiority, it was clear that these two views usually come together. People from different backgrounds recognised how strong the hold of white supremacy still is, even in those who oppose its power.

At the Diversity Dialogue at the beginning of September, the topic chosen was Love and Trust. When we asked ourselves,…