It became evident that people of all backgrounds struggle with their identities as a result of the past – there is shame associated with different cultural heritages and anger at those of one’s own people group who seem stuck in the past. At the same time people in the room seemed to feel immobilised by our current situation. The voice of “Anger” put into words the pain of being pulled in different directions. There was a sense of a new identity enjoyed within church relationships that was put under pressure in work situations from two sides. On the one side people from another cultural group boxed the speaker from the voice of “Anger” as different to them, while people who came from the same cultural background were pressurising her to be bitter and angry like them.

During the dialogue people’s relationship to the voice of “Anger” changed. At first people did not want to name it or associate themselves with it. We explored why, and some answers were based on real life experiences of seeing anger in others devastate our own worlds, as well as our own anger consume us and damage relationships with others and ourselves. Dealing with our own anger is complex and some ambivalence was voiced by white people about whether they have the right to be angry, but at the same time anger was felt in the face of injustice, racism and stubbornness of some of their white compatriots (outside this group).  It seemed that later it became easier for people to acknowledge their anger and join the voice. Anger became more acceptable, which meant we could raise the question, what do we do with our anger? A question everyone will continue to chew on.

The fact that many in the room shared the feelings of shame, guilt, fear and anger drew us together. Many people were convicted of their own tendency to judge others. There was an awareness of a redemptive deep place where we embrace who God has made each of us to be and are able to appreciate the diversity and richness that God has given us in ourselves and each other. There was also a recognition that we are on different parts of the journey and need patience for the progress in others as well as in ourselves. 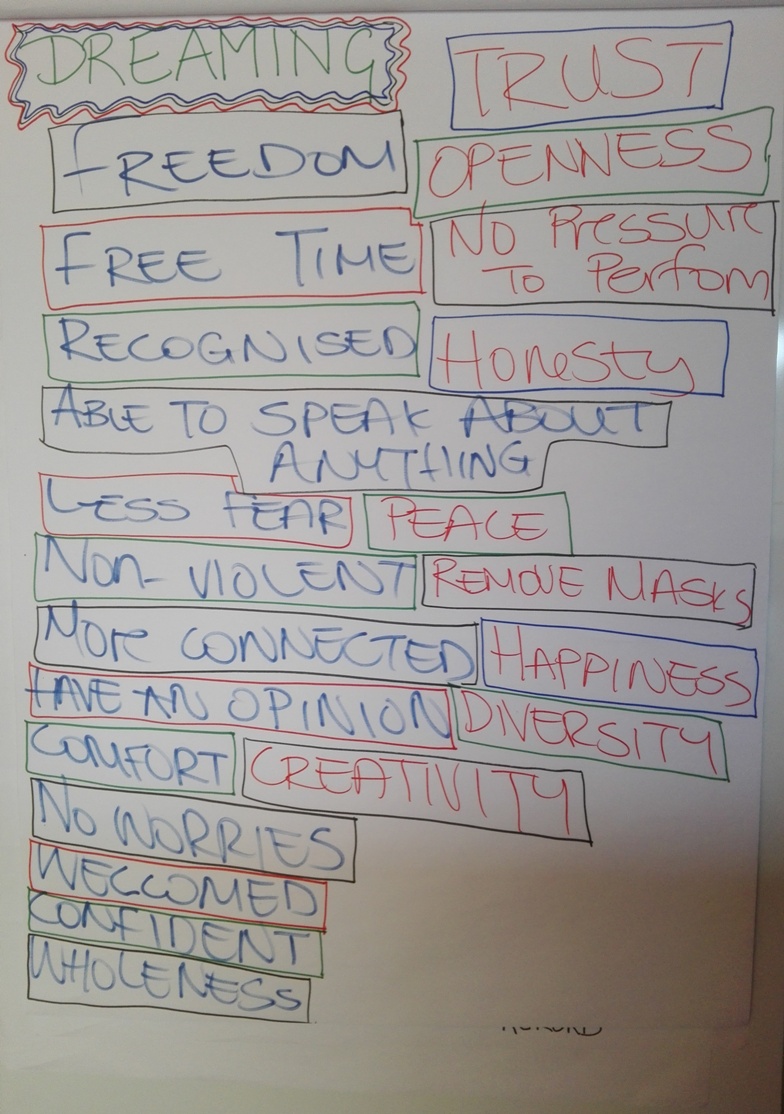 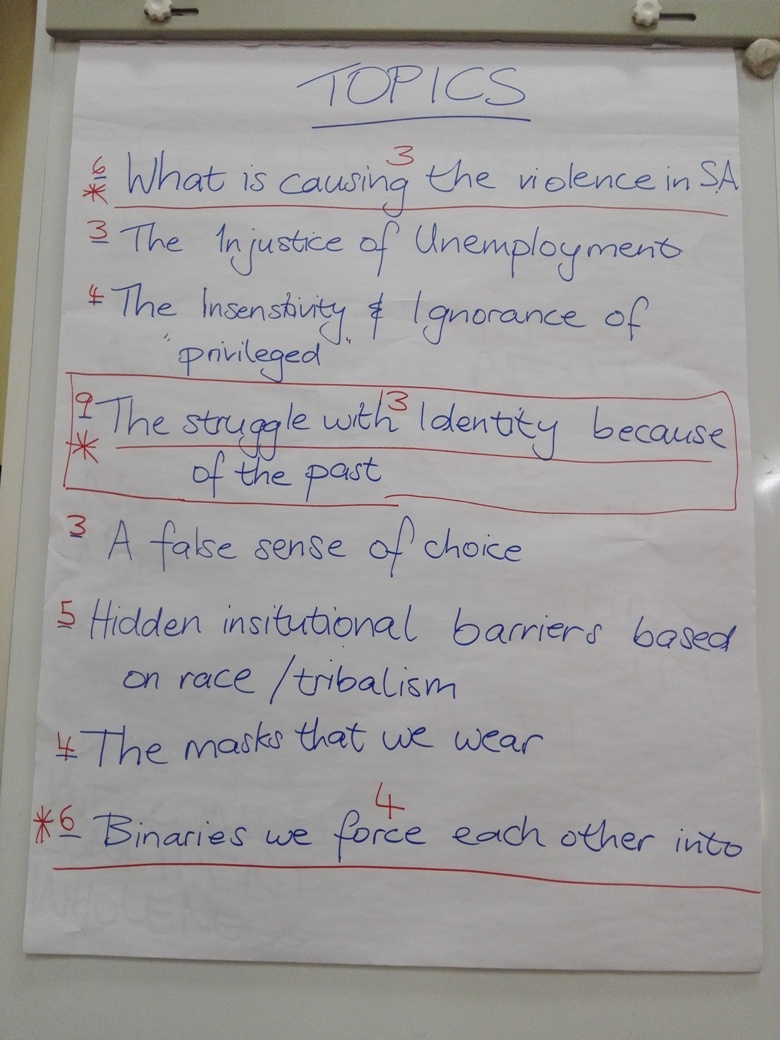